I don’t half love summer.  How marvellous it is to see the sun again!!  It had been a while…

We’re relishing the warmer months and the fact that we don’t keep having to fill hot water bottles and wear five layers – although some of our work at the moment is projecting us forward to the end of the year, at least as far as plans and ideas go.  One of the weird things about running a theatre company that’s producing a Christmas show is that you have to start planning MONTHS before December, and therefore think Christmassy thoughts during summer.

Hang on, did I just suggest that LifeBox is producing a Christmas show this year? Well yes, I did, and we are!  It’s an original piece based on Icelandic folklore.  Turns out that in Iceland, they don’t have Santa Claus.  Instead, their tradition is based around 13 mischievous characters called the Yule Lads.  We thought they’d be an interesting bunch to get to know more, via the medium of theatre.  Watch this space for further details. 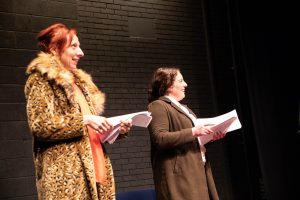 StageWrite this year was once again a fabulous experience and one of the plays, Forty-Two Times Around The Sun by Chris Pike, has been selected for Dispatches at OSO Arts Centre in London on 12th June.  It’s a brilliant and darkly comic piece that was a huge hit with our StageWrite audience, and we’re delighted that it’s going to get further profile. 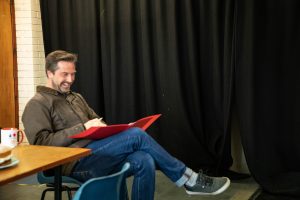